Clergy United in Support of Marriage Equality in Maryland 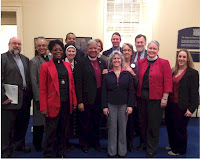 Many clergy came together on Friday, February 10, 2012 in support of our gay and lesbian people to legally marry in Maryland.  Pictured here is the first group.  Others came later to give their testimony.

Here is my testimony.

I am, Rev. Starlene Joyner Burns of SJB Ministries LLC in Bowie Maryland.

When I started my ministry in 2006, it was to serve everyone without a church home; including our gay and lesbian people.  My ministry serves those needing pastoral guidance, spiritual healing, relationship coaching, or officiating service for their nuptial.

Because of this work, I can tell you today, that there is no difference between gay relationships and straight ones.  Gay and lesbian couples have the same problems, same hopes, same dreams; that straight couples have for their relationship and their family.

The only thing that’s missing here in Maryland is that they cannot legally get married and provide the kind of protection that a marriage certificate brings.

Yes, that piece of paper that's so meaningless to some.   Has a whole lot of meaning for those who can't get it.

Can you image being with someone for 30 years and that person was suddenly taken out of this world.  Try to keep in mind that she’s the sole provider. And you had nothing to worry about, other than taking care of the family.

The mortgage was paid every month, all the bills were paid on time, including the kids' college tuition, your credit cards, and that expensive car note.

In a heterosexual marriage scenario, like this one; the financial fear wouldn't exist, because the surviving spouse would know of her entitlements.  Other than grieving the lost of her spouse, she would still have health insurance, survival compensation, a house that becomes hers, and all the bells and whistles that go with being a widow.

In a same sex couples relationship, survival benefits don't exist.  There would be no health insurance to roll over, no social security, no pension, and definitely no retirement benefits to collect from the lost of a partner.

That’s why; we need this change.

While these protections are vital to families, marriage is about a whole lot more.  Marriage makes families stronger.

It allows two people the opportunity to stand before their family and friends and make the public commitment to take on the responsibilities that marriage affords.

God created all of us to be equal, straight, gay, lesbian.

We’re all created in absolute perfection.

I support this bill because it recognizes that religious freedom and marriage equality go hand in hand.

Therefore I hope you pass HB  438, and make Maryland an equal and just state.

To all our gay and lesbian people;

I can only pray that you do not lose hope in religion and do not associate religious equality leaders with those who oppose your divine self.

God loves all, and does not discriminate.

Man is the only being on earth who is capable of destroying a race or a group of like minded people.

I'm not asking you, right now, to forgive those who have persecuted you.

But I am asking you to start the healing process, by forgiving yourself for feeling shame, unworthiness, frustration, and even hate that has been created within you by those claiming to represent our caring, giving, and loving God.

For this I am grateful.


© 2012 SJB Ministries LLC﻿﻿﻿﻿
Posted by Washington DC Wedding Officiant - Serving All Faiths and All People Everyday at 3:12 AM

When Governor O'Malley introduced the Civil Marriage Protection Act of 2012, faith leaders from many denominations enthusiastically stood by him in support. As ordained ministers, we do as well.

Under the Governor's proposal, no church or religious institution would have to marry a gay couple. In other words, nothing changes from the way things are now. We have refused to marry straight couples in the past, and will continue to do so in the future even if same-sex marriage becomes law.

So, we say to our concerned congregants: Your church isn't going to be forced to perform gay nuptials.

Our gay and lesbian people are not asking to marry in a church that does not embrace their belief or culture. They're asking for the right to go down to the courthouse and obtain a marriage license. This right is the only thing the Governor's proposed legislation creates, nothing more and nothing less.

But what happens in church is not really what this debate is all about.

Gays and lesbians are asking to be able to go down to the courthouse for a marriage license, which is the only thing the Governor's legislation calls for.

Committed and loving gay and lesbian couples want to give their kids the legal protections that marriage offers.

Currently, children in straight households live under one set of laws while the children of gay families live under another set of laws. That's wrong. We are all children of God, and every child deserves to be protected equally in the eyes of the law.

People understand that marriage builds a family, but they also comprehend that couples don't decide to get married for the rights and benefits. Straight, gay and lesbian couples choose to marry because they value commitment, love and companionship.

Marriage is about two loving individuals standing up and making a public promise of lifelong commitment and responsibility. This is why the government should make way for stronger families through marriage.

Our understanding of scripture is that God loves and embraces us all. We are called by this compassionate God to ensure the promise of love and equality under the law for all families. Let's do right by our gay and lesbian neighbors, friends, family and co-workers - and their kids. It's time for all families to be treated equally under the law. It's time for marriage equality.

Another Round to Win Same Sex Marriage in Maryland

As much as I would love to stay on top of all the latest weddings trends, I have to focus some of my attention on the marriage equality issue in Maryland.  This topic is very close to my heart.

And there is no better way to kick off the new year than to do it with a press conference.  Governor O'Malley started the year off right by the introduction of a new marriage equality bill called the "Civil Marriage Protection Act of 2012."

This bill as before, provides protection to religious organizations, churches, and clergy who do not want to serve same sex couples.

And I had the opportunity to speak at a press conference on January 24, 2012 at Governor O'Malley's mansion in support of  this bill.


And on January 31, 2012, I spoke again at the press conference following the Faith Leaders Prayer Breakfast.

Ministers are uniting for this cause.  They are recognizing that our gay and lesbian people need our help to bring equality to Maryland.   And we are not giving up until justice is equal.
﻿posted by,
Reverend Starlene Joyner Burns
Court Authorized Officiant, Ordained Minister
Marriage Equality Supporter
202.253.3629
revsjb@comcast.net
www.startum.com/gaymarriage.htm
Follow me on Twitter and Facebook
http://tinyurl.com/2erhsp8
http://twitter.com/#!/revsjb
Gay Weddings in DC, MD and VA with Rev. SJ Burns
© 2011 SJB Ministries LLC﻿﻿﻿﻿
﻿
Posted by Washington DC Wedding Officiant - Serving All Faiths and All People Everyday at 1:32 AM No comments: 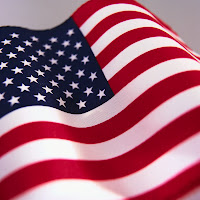 Rev. Starlene Joyner Burns an award winning wedding officiant and supporter for marriage equality will be showing her support for the ending of DADT by performing free personalized elopements and signature rituals for all active military same gender loving couples who are ready to tie the knot in Washington, DC.
You can book your free wedding anytime.  Ceremonies will be held Monday - Friday, 3 pm - 4 pm in the District of Columbia.  Offer ends November 10, 2011. 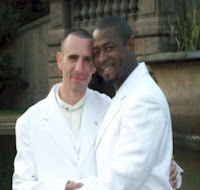 And if you need assistance in processing your DC marriage license, Rev. Burns will process that for you for a small fee.
Then all you have to do is show up in Washington DC and tie the knot.
Ceremonies will be performed by appointment only (location will be disclosed to the couple).
To book your signature ritual or elopement (limited to 4 guests) and to arrange for the processing of your marriage license; call 202.253.3629 or email Rev. Burns revsjb@comcast.net.
Phone calls are received Monday - Friday, 11 am - 7 pm EST.

© 2011 SJB Ministries LLC﻿﻿﻿﻿
Posted by Washington DC Wedding Officiant - Serving All Faiths and All People Everyday at 10:00 PM No comments:

Getting Married In DC "Without the Hype"

Here are the things you must consider when thinking of getting married in DC.

1.  Marriage License Application:  You need this to get married.

Waiting Period (this really equals a five day process)
There is a three-day waiting period.  However this does not include the day you file your application or retrieve it.  Therefore, it is a 5 day process.


2.  Where will you stay.
DC is a gay friendly town.  And Dupont Circle, Georgetown, Adams Morgan, and downtown DC are nice areas to enjoy your stay in DC.
3.  Want to know how much it might cost to get married in DC?
I can only estimate what your elopement or small wedding would cost:
$500 - $2500.  Here's a breakdown.
My Fee & Services:  $195 - $675
signing rituals, elopements, weddings, marriage license processing 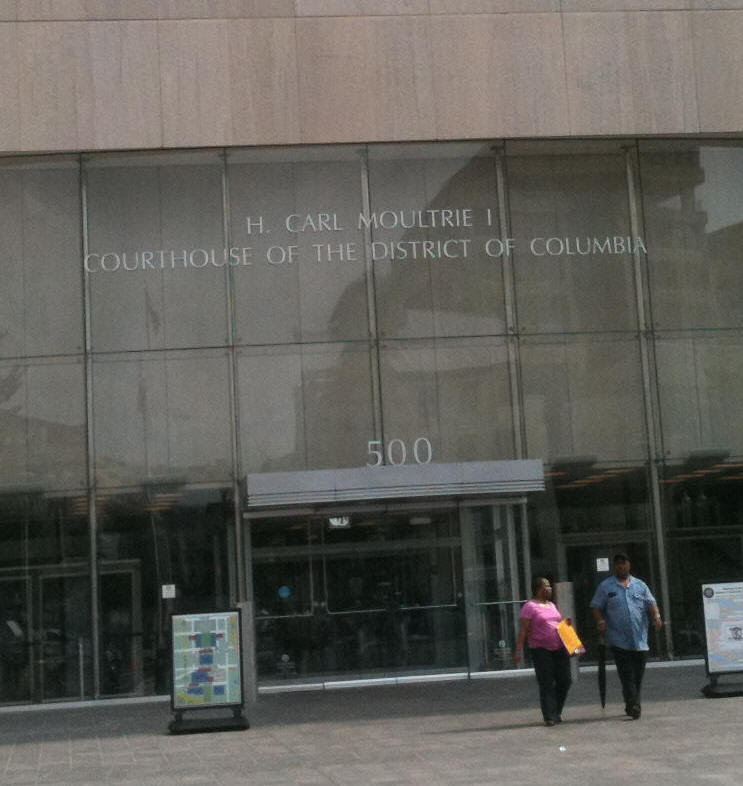 If you're considering getting married at the DC Marriage Bureau and processing your own marriage license, here's what you need to know:

As your DC wedding officiant (and for a fee), I will go to the DC Marriage Bureau for you and process your marriage application and pick it up.   Therefore, I could perform your ceremony where you want and the time you desire (with no waiting).
I am always honored and happy when couples use my services, because I'm an avid supporter for marriage equality, and a believer in equality for all.  Performing a gay marriage is my way of demonstrating my love and support for same gender loving couples.
Therefore, I want to help you in every way I can with your wedding or elopement.  So call me, Rev. Burns 202.253.3629 (Monday - Sunday 11 am - 7 pm est, and get ready to marry in DC the easy way.
﻿﻿posted by,

© 2011 SJB Ministries LLC﻿﻿﻿﻿
Posted by Washington DC Wedding Officiant - Serving All Faiths and All People Everyday at 12:33 AM No comments: